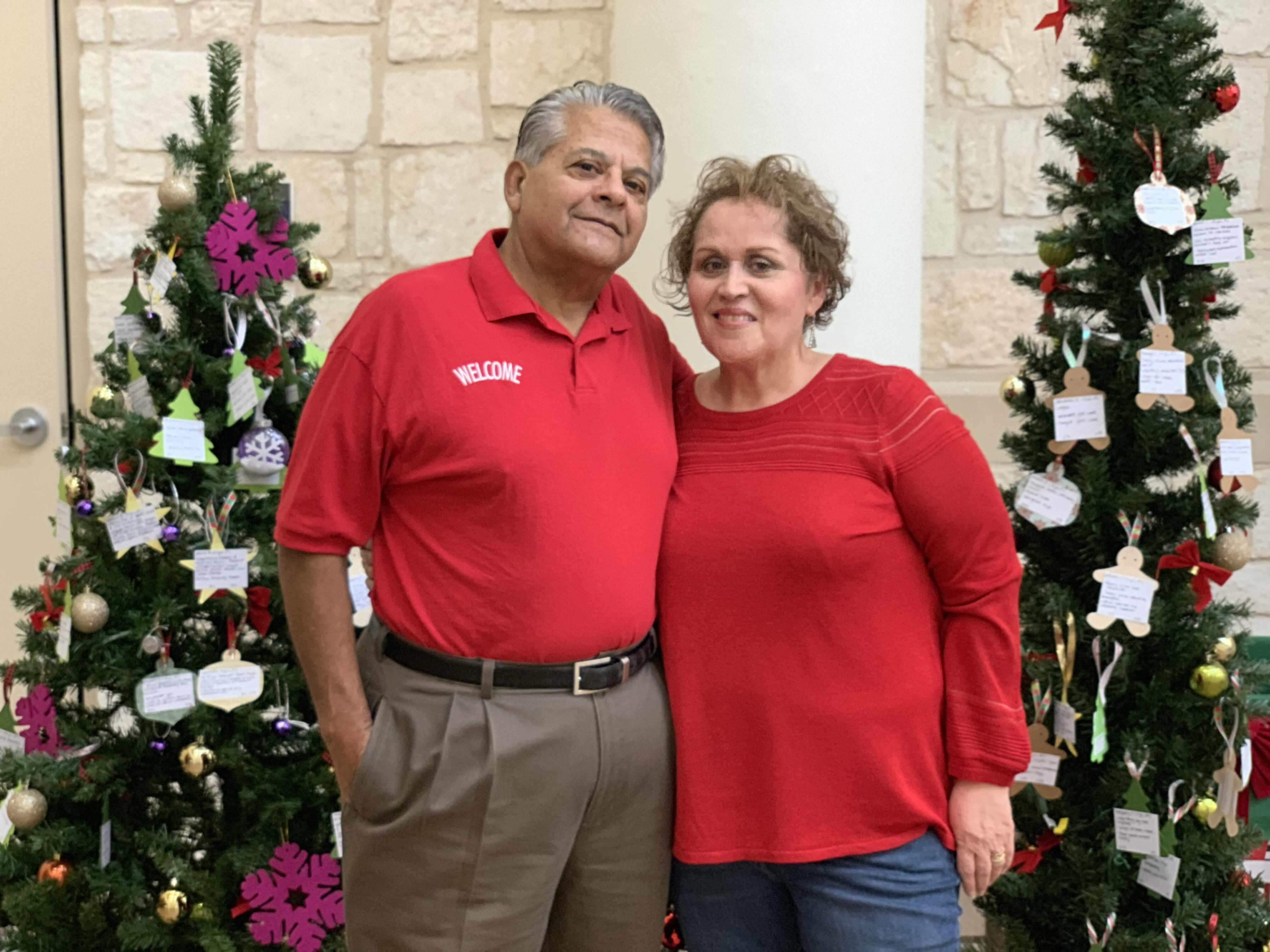 In 2002, when the Zamorano family moved into their new home right down the street from University United Methodist Church, they would pass by University and agree they would never join a big church.   They could never leave their beloved congregation downtown to “go to the big church down the street.” Pat and Art assured themselves “that was never going to happen”—they were simply too involved and too attached at their home church to even think about moving.

And then a couple of years later, it had become too difficult for their high school daughter, Maricela, to get downtown for a Bible study mid-week, so Pat called University to ask about a mid-week Bible study for her to join. One Sunday morning about 6 months later, Pat says she woke up feeling like they should attend worship at University that morning. Something compelled her, and so they walked into the McCreless Gym for the first time, where the first person they met was Pastor Ryan Barnett.  More importantly, they met with the Holy Spirit that morning: “We never left University after that first encounter.”

Reflecting on their first couple of years at University, Pat says that while they deeply missed the relationships and the people they loved from their downtown church, “we couldn’t get enough of what God was teaching us through the pastors, our awesome Sunday School class and other Christian education opportunities here at University.  I only knew of the Holy Spirit when we first started attending.  My whole life changed as I then entered into a relationship with the Holy Spirit and specifically, the way that the Holy Spirit can move and work in a life. I realized I hadn’t forgiven myself for things in my past; I realized I hadn’t felt worthy of Christ’s love. It was in this church that I learned the depth of God’s love for me. I learned to better listen to Him. My faith became real in a way that it had never been before.”

Even though they attended worship at University every Sunday and had gotten involved in several ministries within the church, Pat wasn’t ready to officially join the church.  Art was ready but waited patiently, insisting they get involved in the meantime.   “I’ve been a lifelong Methodist.  It was hard enough for me to move my membership from my childhood church to the church downtown. To move our membership to University felt like a big step.  I was concerned about leaving our church and losing friendships, and both of us were scared to leave a place of comfort. Even though we felt led by the Holy Spirit to be part of the work and life at University, I struggled to let go of that fear.” Ultimately, it was an experience in the sanctuary that caused her to know it was time to take what felt like a big leap: “I was praying one Wednesday morning in the Sanctuary, asking God for one final sign that moving here was what He wanted from us.  When I opened my eyes, God had me directly facing the stained glass window of Jesus’ hand reaching out to me, inviting me to join Him here. And I knew. We joined University the next Sunday, which was the very first Sunday in the new North Campus building.”

Pat and Art’s faithfulness to listen to the call on their lives, to go to a new place and join an unfamiliar group of folks in ministry, changed their lives. They both have had opportunities to use their gifts and talents to serve the Lord and His people. Pat has served on multiple lay committees, among them the Staff Parrish Relations Committee (SPRC).  She’s currently leading the KidPack delivery teams for our friends at Locke Hill Elementary School.   They both serve as delegates to Annual Conference, both are Communion stewards, and both serve in a variety of hospitality and service roles in and outside the church.  But even more than the servant and leadership roles and the new friends they happily added to their still-in-tact, old friendships, Pat says the greatest gift to come from their faithfulness has been forming a relationship with the Holy Spirit and their continued desire to follow Jesus. “Our lives are completely transformed.  We used to believe that being good Methodists was the charge. We know better now and are instead looking to Jesus, hoping we become more like Him.  God is faithful, and we are praising Him for it!”