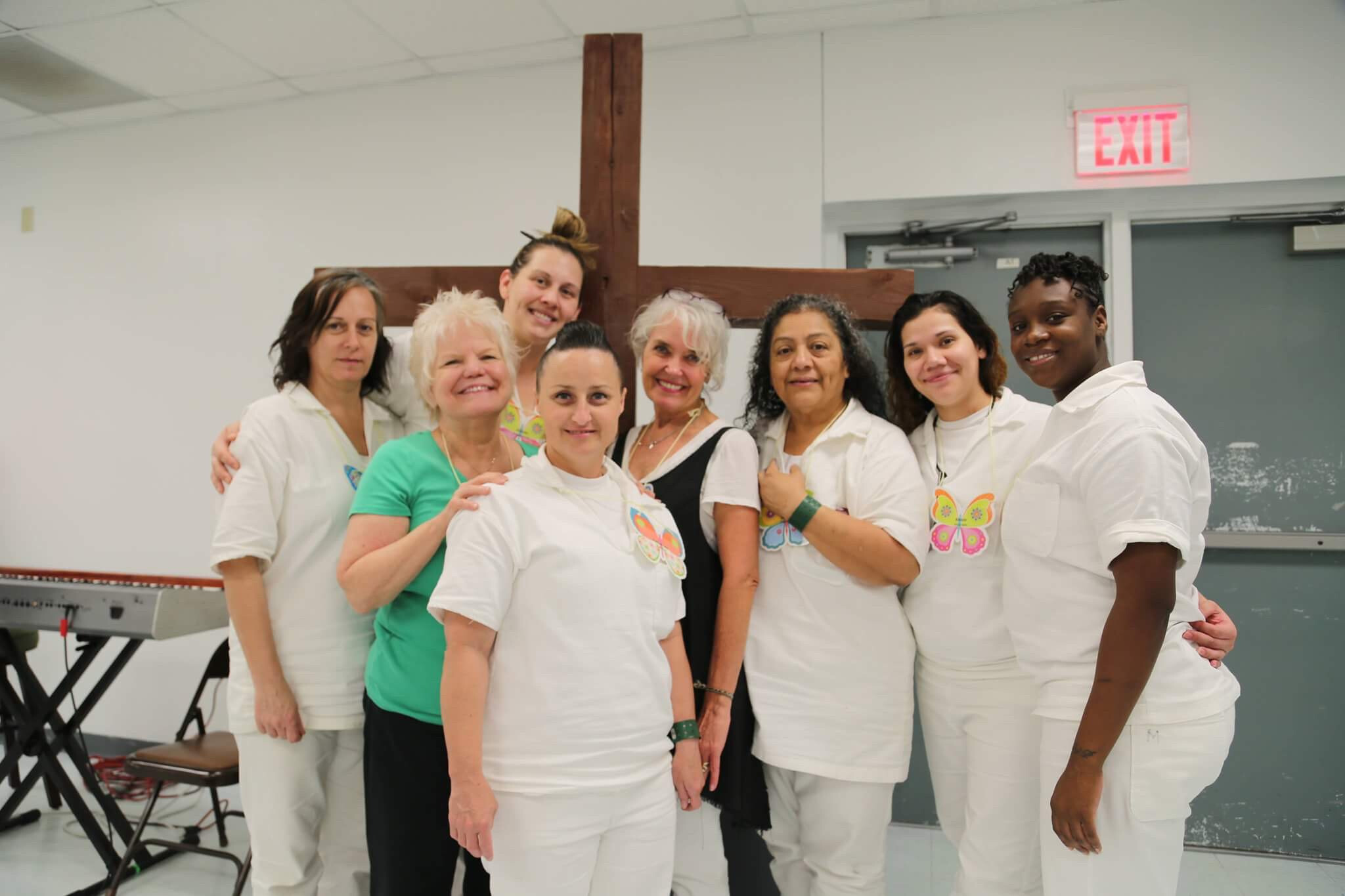 When you meet Marla Svedeman, she will take your hand with a warmth and gentleness that lets you know how much she already cares about you, and then she will look you in the eye with crystal blue kindness, a look that tells you she already loves you with the love of her Lord and Savior. It’s impossible to resist Marla’s light. Marla loves God and she loves His children—every single one.

Marla says that she can look back on her life and see how God was preparing her, her heart, her path, even when she didn’t know Him yet. Marla’s mother suffered from mental illness, and it was not uncommon for her and her brother to be left with an acquaintance of her mother’s, often someone that the children didn’t know. Each time, her grandmother would find them, sometimes after a few hours and sometimes after a few days. At the young age of seven, Marla’s parents divorced, and since her father was an alcoholic and her mother committed to a mental hospital, she and her brother went to live with their grandparents.

Marla’s grandmother was a woman of faith and took her grandchildren to church, where Marla attended Sunday school. In class, Marla met a boy with cerebral palsy named Jimmy, and Jimmy was her rescuer. Marla didn’t like to talk in class or pray out loud, and Jimmy quickly realized that. Each time Marla was called upon, Jimmy would step in and speak up for her, saving her from the embarrassment and fear.

When they were teens, still living in a small town with their grandparents, Marla’s brother got in trouble with the law and found himself in jail. In a small town, a reputation is forever.

Marla felt the tug to serve others out of the overflow of God’s love for her.

Each of these circumstances has shaped Marla, even ordained her path. As Marla came to know God more—first as a child in church with her grandmother, later as a young woman who gave her life to Christ at a Billy Graham crusade, and then as she learned to pray and listen for God’s voice and hear from Him in the Word—Marla felt the tug to serve others out of the overflow of God’s love for her. She began to see how the experiences from her past gave her a mission in her present.

Marla knows what it is to feel homeless, ungrounded and unsafe. She knows what it is to be unsure of who she can trust. She had learned by the age of seven that even people who love you don’t always make the best choices for you. When Magdalena House, a transitional shelter for women and children fleeing dangerous and abusive lives, opened in 2007, Marla knew she had to serve these families. Marla has faithfully cared for the children of Magdalena House the first Tuesday evening of every month for the last 10 years.

Additionally, Marla serves in “The Bubble” at Haven for Hope, San Antonio’s multi-service homeless shelter, every single Monday afternoon. Each week, as she checks for mail and distributes hygiene items, she does her best to make a connection with every person she encounters. She wants to know their names, learn their stories, be a reliable and trustworthy person in their life. Marla says that folks enter The Bubble with “their heads down and their shoulders hunched,” and her hope is that as she acknowledges their personhood, the divine spark of God that lives inside of each them, they leave feeling at least a bit of their worth.

When Marla is cheering on a child as he learns to ride a bike, swing or bat, or act in a play, her gift of encouragement and her genuine love of kids shine in her smile, her words and her actions.

From Jimmy, her wheelchair-bound friend that rescued her repeatedly, Marla learned that kids with physical challenges aren’t diminished in the least in their capacity for love. Marla has volunteered in a variety of capacities with Kinetic Kids, an organization that makes possible “sports and recreation for all (dis)abilities.” When Marla is cheering on a child as he learns to ride a bike, swing or bat, or act in a play, her gift of encouragement and her genuine love of kids shine in her smile, her words and her actions.

When Marla learned about Kairos Prison Ministry, she felt the familiar tug to be a part of this transformational ministry. Marla has served on many different teams, but she feels most called to the Kairos Outside ministry that serves the female family members of incarcerated men. When she was fourteen, embarrassed and saddened by her brother’s time in jail, Marla would have benefitted from the kind of community that develops over a Kairos Outside weekend, one in which the particular pain and sorrow that accompanies loving someone who is locked up can be shared.

When asked why she chooses to serve, Marla quotes Jesus in Matthew 25: “For I was hungry and you gave me something to eat, I was thirsty and you gave me something to drink, I was a stranger and you invited me in, I needed clothes and you clothed me, I was sick and you looked after me, I was in prison and you came to visit me.” She waves off any kind of suggestion that she might be doing more than most: “I’m only doing what I’m supposed to be doing.”